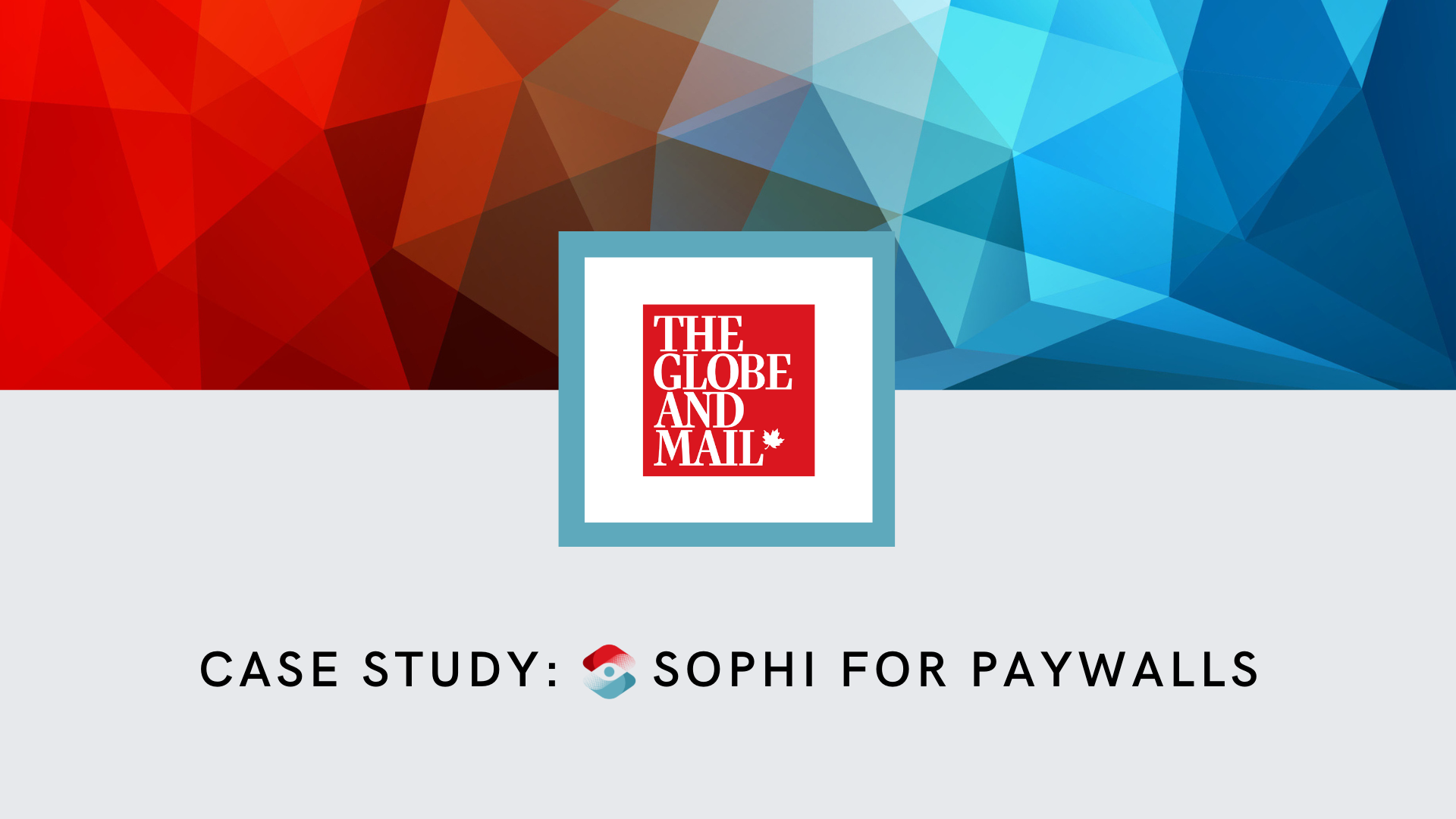 The Globe and Mail is Canada’s foremost news media company, leading the national conversation and effecting policy change through brave, independent journalism since 1844. The Globe’s award-winning coverage of business, politics and national affairs reaches six million readers every week in print and online. The Globe believes the future of journalism lies in its ability to bring readers the stories they both want and need to know. That’s why the company invested in innovation and data science, hiring data scientists from leaders in the tech industry to develop Sophi –an artificial intelligence platform for Natural Language Processing, prediction and optimization –and used it to automate digital content curation and develop a fully dynamic paywall.

The global publishing industry looks very different from the way it did 10 years ago as ad revenue has dwindled significantly. Newspapers large and small now have to innovate to find new ways to fund valuable journalism. The Globe and Mail wanted to move to a more reader-revenue-focused model to become less dependent on advertising revenue, without cutting it off entirely.

The Globe and Mail turned to Sophi.io, its suite of artificial intelligence solutions. It initially put in place a highly efficient, natural language processing-based content-propensity paywall, which weighed the ad revenue expected from an article against the subscription revenue expected from it. Sophi then paywalled the article in real-time accordingly, so that ad revenue was not unduly sacrificed and subscription revenue was maximised. This resulted in millions of dollars in incremental revenue for The Globe.

Sophi’s team of innovative data scientists then developed a user-propensity paywall and layered that on top of the first paywall. This was a fully dynamic paywall that considers not only reader behavior but also the nature of the content when deciding whether to present a paywall or a registration wall. This user+content propensity paywall dramatically boosted subscriptions. It paradoxically also increased user engagement and loyalty because it can tell when to let low-propensity readers see another article – thus giving visitors a better on-site experience.

‘’A solid foundation in subscriber revenue means that we can continue to pursue the kind of ambitious, nation-building journalism that the Globe and Mail is known for. Sophi for Paywalls has really helped us transform our business. Sophi’s AI-driven paywall actually generated 10x more subscription revenue than expected.‘’

The Globe and Mail has seen an increase in key business metrics: