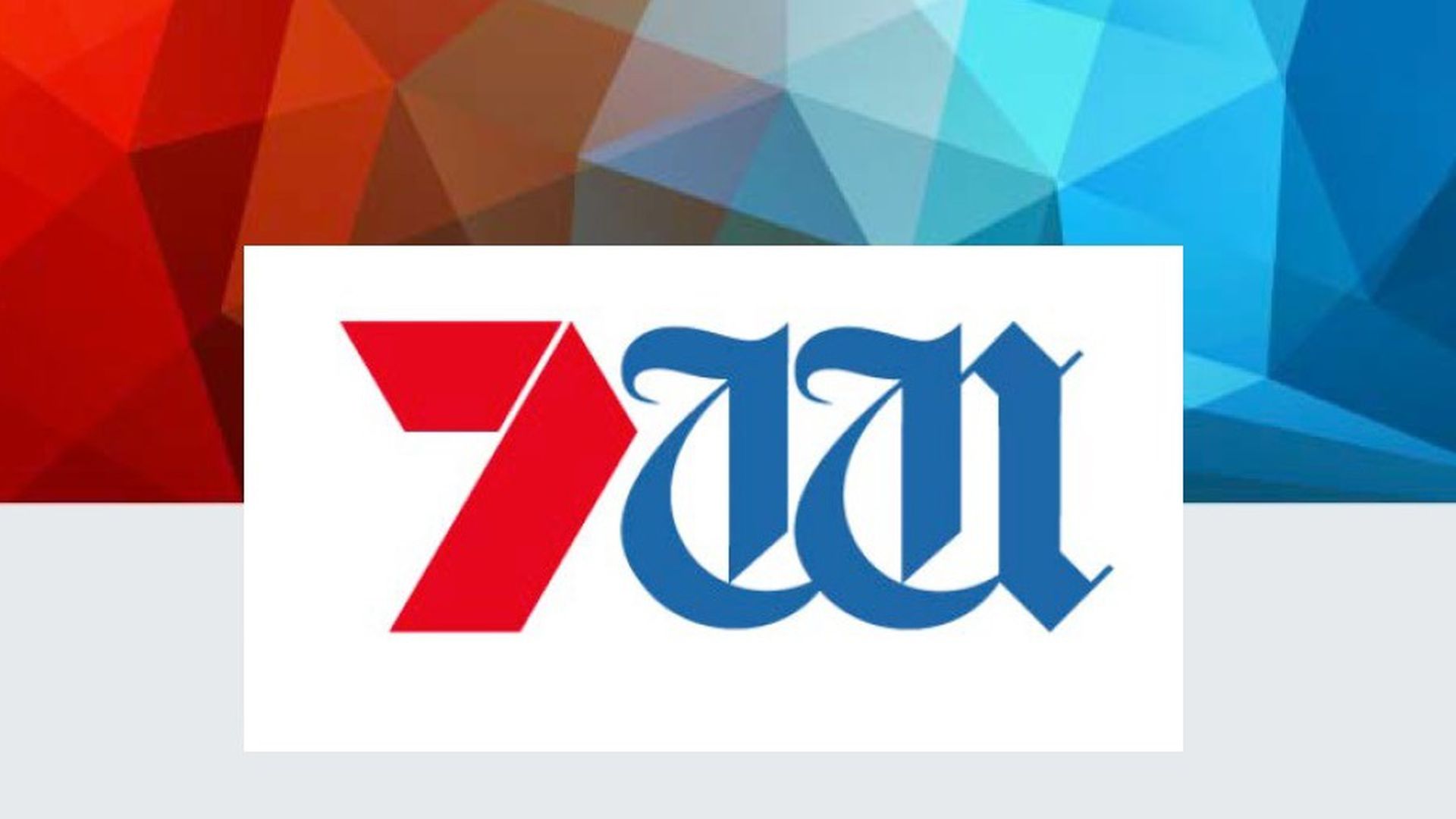 The West Australian, a 190-year-old newspaper, is the flagship daily masthead of Seven West Media group. Across print and digital, The West reaches an audience of 4.3 million every month, the highest state reach of any metro masthead. It is a one-stop shop for all news in Western Australia. The West had some success in paywalling content, but the decisions were often their editors’ best guesses about which articles would drive subscriptions and which would generate page views. This meant opportunities were missed, leaving money on the table. “I could see that with all we were doing with digital transformation, we were pushing people to their limits – so many new tools, so many platforms to think about, so many hours of the day to cover,” said Bethany Chismark, Editorial Systems Manager. “I just wanted subscription conversion to be one less thing a producer or editor had to think about, to take a little bit of pressure off staff.” The West implemented Sophi’s content paywall in November, 2021. Sophi ran natural language processing on every article as it was published, predict whether it would generate more ad revenue or subscription revenue, and accordingly recommend to editors which articles should be locked or unlocked. By August, 2022, editors handed the reins over to Sophi for paywall decision-making, since it was evident that the AI was making powerful decisions that improved conversion without diluting their news brand. “Newsrooms have this myth, this idea that we know better than algorithms,” said Editor-in-Chief Anthony De Ceglie. “The truth is, Sophi is a beautiful tool and another lever that we can pull to get the best results for our audience.” With Sophi, The West saw a dramatic increase in the number of subscriber acquisitions. David Johns, online editor at The West, cited one example: “Of the near 3,900 stories Sophi suggested we lock, we locked around 2,500 of them, and we got 40 subs from those stories – in just 10 days. “Of the 1,800 stories Sophi suggested we unlock, we chose to keep almost 800 of them locked. Of those stories, only one of them sold a sub.” The team also noticed an uptick in subscriptions on wire content, stories that editors would never consider paywalling. “What Sophi did was to take the guesswork out of some of the stories that we locked or unlocked,” said Johns. This paved the way for fully algorithmic decision-making, said Chismark. “It’s not to say that staff didn’t get it right some of the time over Sophi. But it showed us that we could leave it up to AI, more than we had originally thought,” she said. “Once we flicked the switch to fully automated, we saw a continuation of the strong results that we had in the early stages of operation.” The newsroom had been concerned about job losses due to automation, said De Ceglie. “But the flip side of that is that it frees up capacity. And newsrooms have never been busier.” Subscriptions rose dramatically as Sophi found hidden pockets of value, allowing busy editors to focus on journalism, The West’s Bethany Chismark explains. 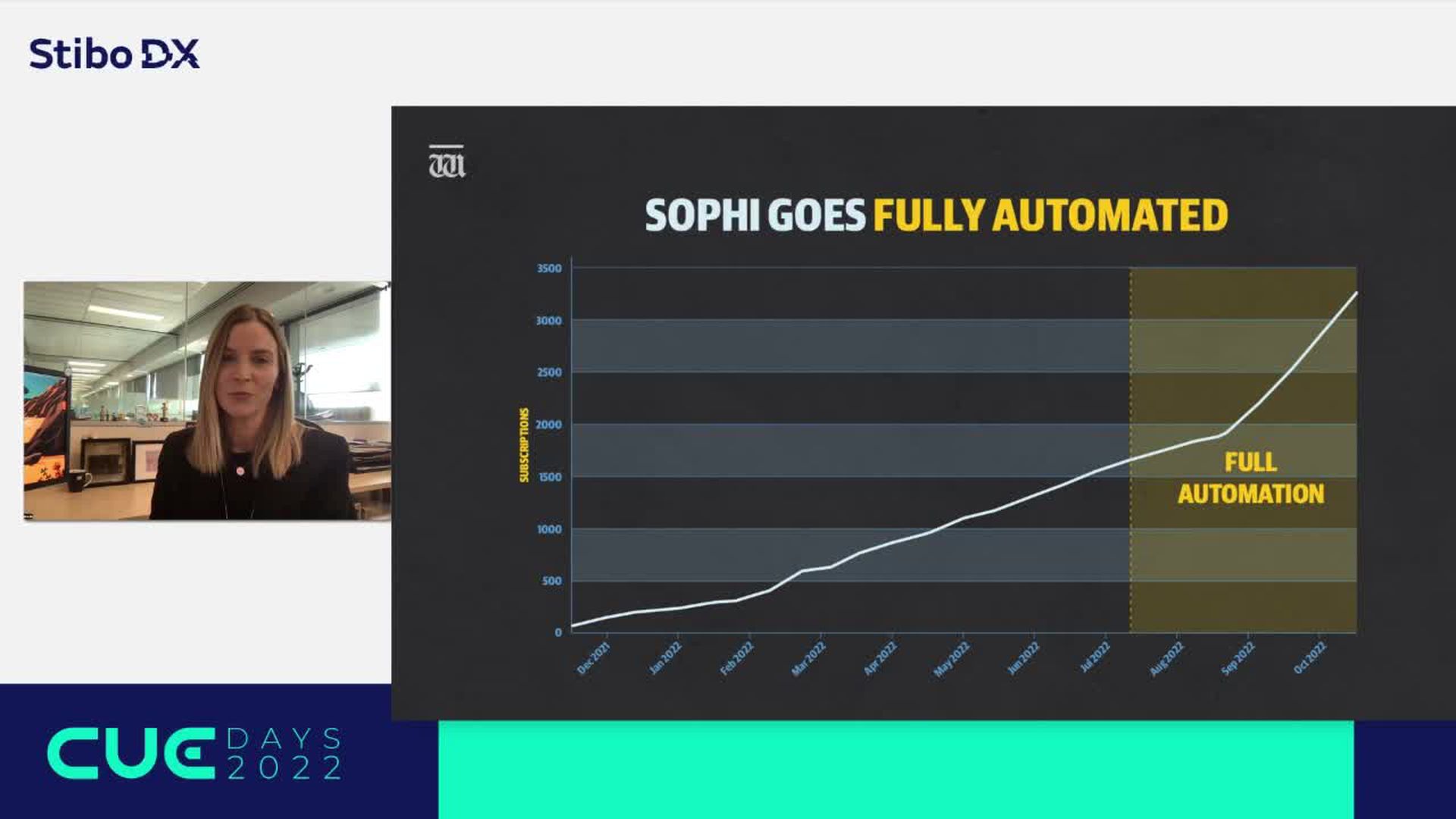 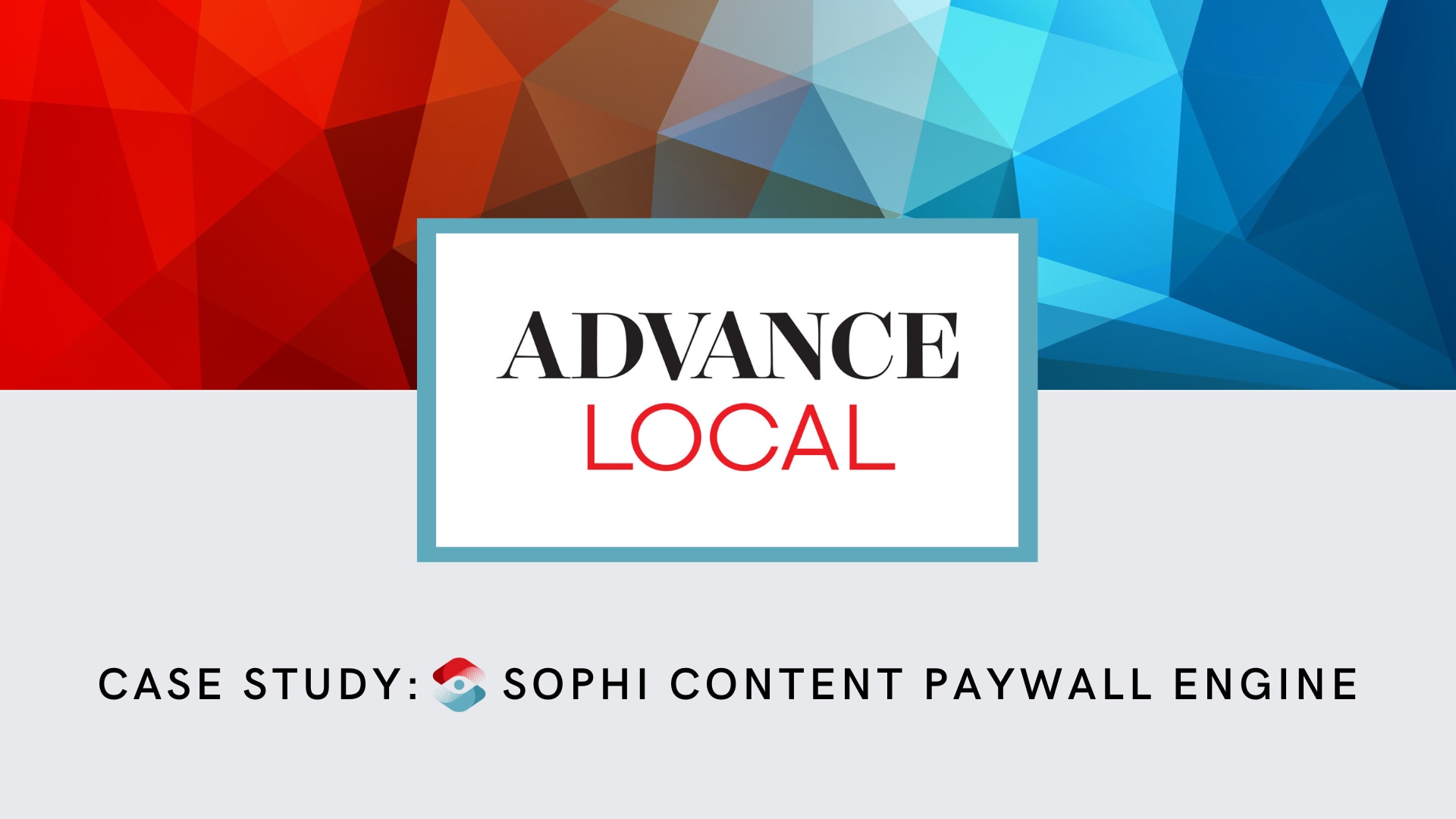 Advance Local is one of the largest media groups in the United States. It operates 10 leading news and information organizations and reaches 55 million people monthly across multiple platforms with its high-quality journalism. It is dedicated to unrivaled local journalism that improves the lives of millions of people. As the Coronavirus hit and Americans reached increasingly for local news sources, Advance Local was in markets where it was the leading provider of crucial news. It was also facing advertising pressure and recognized the benefits of diversifying its revenue stream. It decided to start with a paywall. Its paywall included a meter and premium content, and it experienced success with its premium content but believed more could still be done. Advance started to explore Sophi.io to get better insights into the value of its content and fuel its new subscription business. Advance started using Sophi Content Paywall Engine on one of its largest sites, cleveland.com. The technology uses advanced natural language processing to analyze every piece of content and select which articles to put behind a paywall. It picks only those articles where the subscription revenue opportunity outweighs the advertising revenue forgone. An experiment was setup so Advance could see how Sophi performed side by side with its existing paywall, and the results confirmed it had make the right decision. Sophi generated a 45% lift in subscription conversions, and uncovered pockets of content that editors didn’t anticipate would generate subscriptions. The test ran for 60 days and the results spoke for themselves. Sophi was able to dramatically increase subscriptions. Advance Local is now committed to rolling out more Sophi solutions across its local brands. 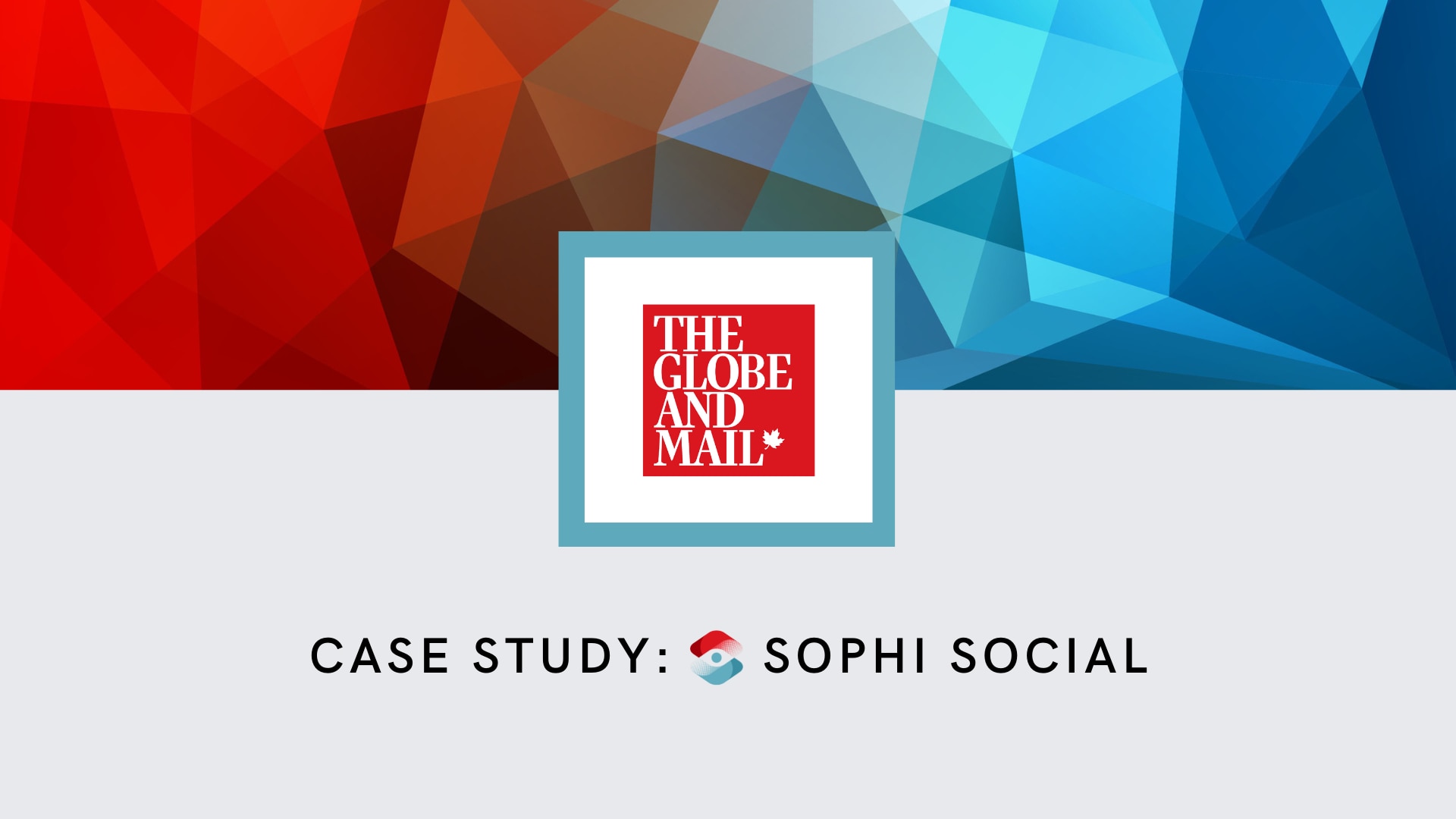 Case Study: Sophi Social for The Globe and Mail

The Globe and Mail was posting 22 articles to Facebook daily. But, as Canada’s leading newspaper, The Globe was creating much more content than that and we wanted to share more of our ambitious journalism online each day with our audience. So, we turned to our AI-powered solution, Sophi Social, to figure out the optimal post frequency to get more articles to our readers without diminishing engagement. Sophi Social was able to identify what would be our best-performing content on Facebook and autonomously post 50% more articles. This increased reach and engagement dramatically. What surprised us even more was that Sophi Social also increased subscriptions by 215%. The Globe and Mail is Canada’s foremost news media company, leading the national conversation and effecting policy change through brave, independent journalism since 1844. The Globe’s award-winning coverage of business, politics and national affairs reaches six million readers every week in print and online. The Globe believes the future of journalism lies in its ability to bring readers the stories they both want and need to know. That’s why the company invested in innovation and data science, hiring data scientists from leaders in the tech industry to develop Sophi –an artificial intelligence platform for Natural Language Processing, prediction and optimization –and used it to automate digital content curation and develop a fully dynamic paywall. It’s widely known in the industry that posting too much content on Facebook will lower engagement with your content. We were posting an average of 22 posts per day and seeing high reach and engagement. But The Globe was publishing much more content than that and we wanted to share more of our hard-hitting journalism online each day with the people it matters to. We tried increasing our daily content frequency by a small amount and that actually decreased our reach and shares. So we had to keep experimenting until Sophi Social found the optimal way to get more content to our readers without any negative impact on engagement and reach. Using Sophi Social, The Globe and Mail achieved its goal of posting more content without decreasing reach OR engagement. As we honed Sophi Social, we were able to post 50% more content to Facebook (from 22 to 33 articles) and see KPIs go up across the board: These results were more than we expected as the increase in both engagement and reach is counter to conventional wisdom – our results even impressed our contacts at Facebook. What surprised us even more was that Sophi Social also increased subscriptions by 215%. 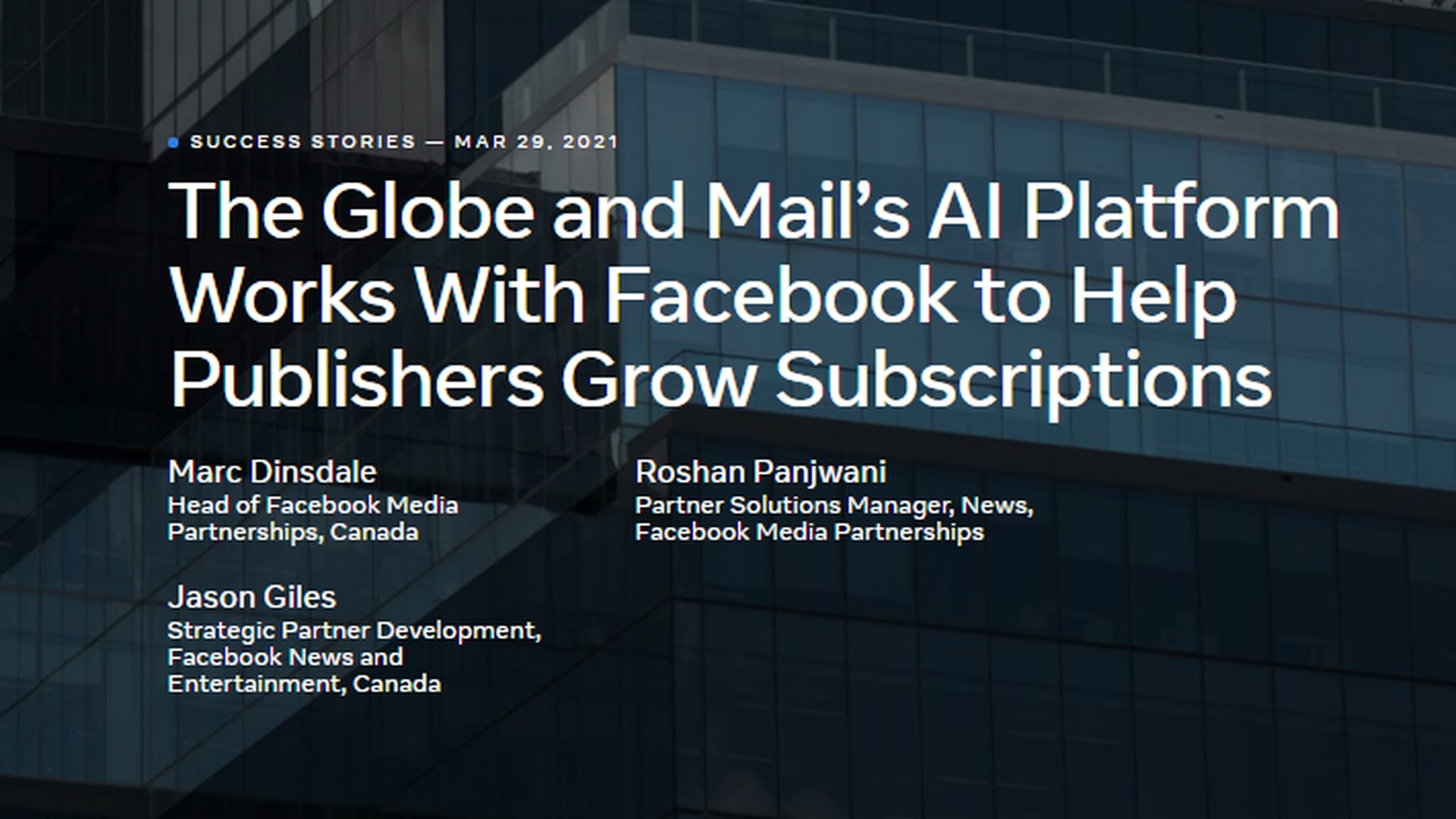 Sophi.io has been working with Facebook for a while now and they recently published a case study around our work on their website. Here’s a sneak peak at what it’s all about: The Globe and Mail, Canada’s leading daily national newspaper, achieved record digital subscription growth in 2020 by combining its AI platform and publishing strategies with Facebook tools. With a sharp focus on driving subscriptions through technology and innovation, the publisher is seeing success through a few key tactics including the use of Sophi Social to automatically select and post the best performing content. Results have been impressive, with posting increasing 3x in 6 months and a 27% increase in digital subscribers in 2020. Read the full case study here: https://www.facebook.com/journalismproject/the-globe-and-mail-sophi 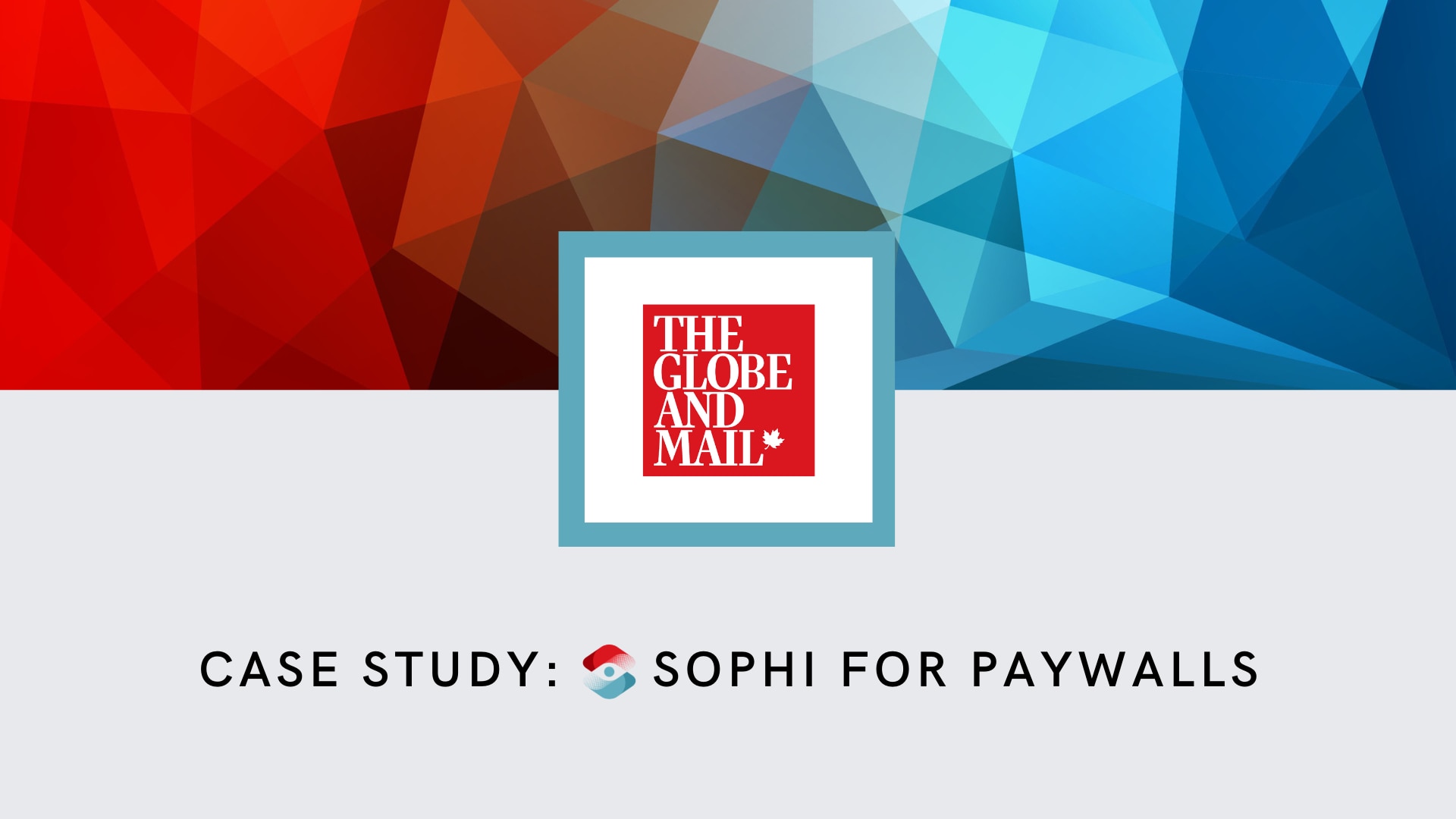 The Globe and Mail is Canada’s foremost news media company, leading the national conversation and effecting policy change through brave, independent journalism since 1844. The Globe’s award-winning coverage of business, politics and national affairs reaches six million readers every week in print and online. The Globe believes the future of journalism lies in its ability to bring readers the stories they both want and need to know. That’s why the company invested in innovation and data science, hiring data scientists from leaders in the tech industry to develop Sophi –an artificial intelligence platform for Natural Language Processing, prediction and optimization –and used it to automate digital content curation and develop a fully dynamic paywall. The global publishing industry looks very different from the way it did 10 years ago as ad revenue has dwindled significantly. Newspapers large and small now have to innovate to find new ways to fund valuable journalism. The Globe and Mail wanted to move to a more reader-revenue-focused model to become less dependent on advertising revenue, without cutting it off entirely. The Globe and Mail turned to Sophi.io, its suite of artificial intelligence solutions. It initially put in place a highly efficient, natural language processing-based content-propensity paywall, which weighed the ad revenue expected from an article against the subscription revenue expected from it. Sophi then paywalled the article in real-time accordingly, so that ad revenue was not unduly sacrificed and subscription revenue was maximised. This resulted in millions of dollars in incremental revenue for The Globe. Sophi’s team of innovative data scientists then developed a user-propensity paywall and layered that on top of the first paywall. This was a fully dynamic paywall that considers not only reader behavior but also the nature of the content when deciding whether to present a paywall or a registration wall. This user+content propensity paywall dramatically boosted subscriptions. It paradoxically also increased user engagement and loyalty because it can tell when to let low-propensity readers see another article – thus giving visitors a better on-site experience. The Globe and Mail has seen an increase in key business metrics: